Scorpios are fiercely independent, persistent, and determined. Just like the scorpion, those born under this sign are so ambitious that they will do everything to achieve their goal. However, they are very weary about trusting people, which makes them do not have many friends and fellows. But once you overcome Scorpio’s trust tests, they do not mind bowing down to all of your wishes. Read Scorpio Horoscope to understand more about this shelled little animal.

What does Scorpio Horoscope say? 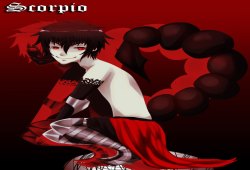 The ruler planets of Scorpio are Mars and Pluto. In ancient Roman mythology, Mars is the God of War and is the first ruler of Scorpio while Pluto is the God of the Underworld. When these two planets combine, it is no surprise that Scorpio-bearers are motivated, penetrating, and aware. The Scorpios are ambitious; power, position, and money are the keywords in their dictionary. They can even aim for the stars and will make sure to reach there. Being ruled by the God of War, Scorpios are very aggressive. They will try to get even with those who dare to insult or harm them.

Much like the scorpion would kill itself instead of being killed, Scorpio-bearers are in ultimate control of their destiny. You may find them overbearing and even self-destructive, but that is their beauty. Much like the Scorpion can grow a new tail after losing its old one, those born under this sign have admirable regenerative powers. They keep standing up after any failure and running toward the top of the mountain. Scorpios rarely lose because they are determined and stubborn to succeed. Do not bet against Scorpios because they are surprisingly resourceful.

Scorpios are complex and secretive, which makes them the most misunderstood in the Zodiac house. They rarely expose their own feelings, and thus other people suppose that Scorpios are aloof and unsympathetic. In fact, they are just afraid of showing their true feelings. The Scorpio are so sensitive that they can get hurt easily by negative treatment and comments. They choose to shut their emotional mode down to protect themselves from the cruel exterior.

However, once you show the Scorpion your true heart, you will receive the same. These folks are lovely friends and awesome lovers. When they completely trust you, they happily sacrifice themselves to bring you happiness. Remember to give them a plenty of own space or else they will lose their temper and get revengeful. Their fragrance of mystery and secretiveness makes them become a magnet that will attract everybody at the first sight. 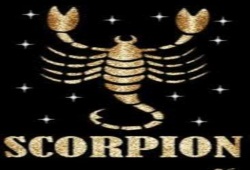 The Scorpios (October 24th – November 22nd) that are looking for the real free fortune tellers can enjoy various psychic tools such as Tarot cards, crystal ball, astrology chart, runes, pendulums, etc. In regards to the practice of Horoscope Readings free online, the fortune-telling purposes are done in the insightful demeanor. Astrology Zodiac Compatibility or […] 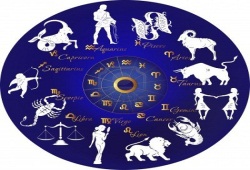 Getting a free horoscope reading online has helped many individuals to better up the essence. While some are trained with the deeper self-knowledge, others can get committed in a compatible relationship for the undying bliss. Since the date of birth is NOT merely the number, it helps identify the destined Zodiac sign in Astrology system. […] 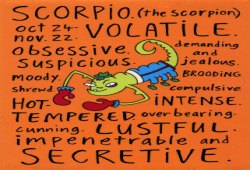 Every year, the Sun enters Scorpio around 23rd October and transits through it until 21st November. According to Horoscope of Scorpio, the Scorpio-bearers are not shy at all, but when they are hurt, they escape completely and hide behind their shell. However, the Scorpios are exceedingly intense, passionate and certainly cannot be taken lightly. They […]