Black magic has been one of the strongest and most mysterious spiritual forces of the universe that people always want to discover. Until today, science may not be able to explain black magic. Are psychics real? Let’s take a look at some famous psychic to answer that question. 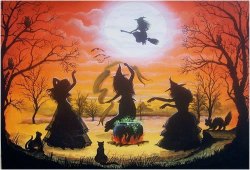 Agnes Waterhouse, also known as Mother Waterhouse, is one of the most famous witches in England. She was blamed for using black magic to dally with the devil, curse people, and even cause bodily harm and multiple deaths. However, there is a strange thing when the Church did not do anything with accusing Agnes. She is the first English witch who was sentenced to death by a secular court.

Mother Waterhouse was adjudged to hang for her crimes even though the two other witches having similar charges were let off lightly. Her Satanic bravado did not last for long after the session. She went to her death while praying for God’s forgiveness.

For a long time, Ireland was more free from witchcraft than mainland Europe. Nonetheless, witch hunts finally arrived there. One of the first victims of this tragedy was Dame Alice Kyteler, a well off moneylender whose husbands had an unfortunate habit of dying and leaving their assets to her. When her fourth husband started to feel sickly, his children started to be skeptical – especially when they found out he had been just about to decide to leave everything to Kyteler.

Authorities attempted to imprison her many times. However, Dame Alice had many friends, and they always managed to escape. She eventually disappeared; instead her son and her servant had to be charged. She was believed to have run to England, where she lived in luxury for the rest of her life. Whether she actually got involved in the dark magic or not, she is still remembered as the first witch in Ireland.

Angela de la Barthe was a notorious witch who lived in the 13th century in Toulouse, France. She was burned for a number of atrocious crimes she had committed, including having nightly sexual relations with Satan, giving birth to a child-eating demon that explained for the disappearance of many infants in the area, and generally being an unpleasant individual.

In fact, Angela was nothing but a mentally ill woman whose solely crime was supporting Gnostic Christianism, a heretical sect frowned upon by the Catholic Church. She was convicted of witchcraft by her uncommon behavior. In the end, Angela was suffered a horrifying death – she was burned alive.

Below are top three Tarot readings online websites that offer free trials. These websites have been used and recognized by thousands of seekers all around the world. It is advisable to try each of them out to see which platform works best for you. The readers of each site are good at in different areas, […] 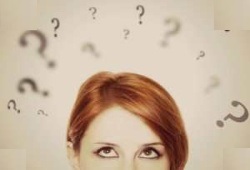 At the point when a man is experiencing and seeking 1 free psychic question on the web, a man must be extremely mindful of the misrepresentation and the tricks that are attracting individuals in the site page as these tricks are essentially set up there when the individual is managing the100 free psychic reading readers. […] 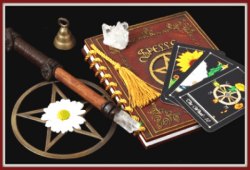 You should use your judgment to sort out the best online psychic lists. There are several extensive lists out there; they do a great job of weeding out the genuine readers from the fly-by-nights. However, bear in mind that the psychic readers listed on these sites have to pay monthly fees to be touted by […]